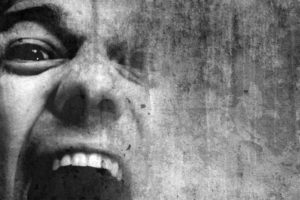 Managing anger, whether it’s in ourselves or in others, involves two separate strategies. We need one strategy to address the angry behaviors and another for the angry feelings. For the angry behaviors, we need a set of behavioral skills—a clear list of do’s and don’ts which we need to understand and practice repeatedly in order to behave safely and respectfully, even when feeling angry. This skill set includes things like relaxation, impulse control and learning how to identify feelings and articulate them respectfully.

Putting a stop to angry behaviors is, in some ways, the easier challenge of the two. Once you learn the skills and commit to practicing them, dramatic behavioral changes can occur rather quickly. We learn to slow the breathing, relax muscles, refrain from yelling, name feelings and make reasonable requests—and it works. But this doesn’t usually take care of the underlying feelings of anger that may have been with a person for a lifetime. Like a person with an addiction who makes the courageous decision to stop using his drug of choice, his work is far from done as now he has to learn what it really means to live a life of sobriety.

So what do we do about those nagging, angry, irritable feelings that just won’t go away even after we’ve gotten the behavior under control? Part of the problem here is imbedded in the question itself. That is, we want, and believe we need, the angry feelings to go away. And when they don’t go away, when they make their presence known even after all of our hard work, we become, you got it—more angry. So we have a self-perpetuating cycle—we get angry because we feel angry.

We try to reject these feelings of anger, to stuff, deny or minimize them, or “release” them at the gym or on the firewood. We get confused by the presence of these feelings. “Why is she so angry all the time?” “I can just get angry like that, for no reason at all.” “You’re getting this angry about that, are you kidding me?” The anger doesn’t appear to make sense. We judge feelings of anger to be unreasonable, disproportionate, unfounded and outdated. This attitude of judgement toward the angry feelings tends to make it worse.

The opposite of judging is accepting, allowing, simply noticing. Let’s assume that beneath the harsh, angry feelings are more tender, vulnerable feelings. Let’s assume that people feel angry because their vulnerability has been exposed and threatened. When an angry response to a present day situation seem disproportionate, it’s usually because the current situation has triggered an old wound. Now the angry person is defending not only against the current threat, as small as it might seem, but also against a possible lifetime of feeling taken advantage of, violated, neglected, abused, shamed and/or humiliated.

To be sure, honoring the presence of angry feelings is never a license to act out on them in aggressive ways. But if we could only see, or imagine, these vulnerable feelings under our angry feelings we might be less confused and alarmed and more understanding and empathic towards them. It makes sense that some of us feel hurt and angry a lot of the time, if we appreciate all we’ve been through. Judging, disapproving of, and rejecting feelings—especially angry feelings— is not good for our mental health. Paradoxically, recognizing and accepting angry feelings can help them, over time, to soften and be less disruptive in our personal and interpersonal lives.