Enhance communication by adding a pause after making your point

In music there are notes on the page and usually there are rests, intervals where no notes are played. Between songs on an album or movements in a classical piece there is usually a brief silence. In the visual arts often there is the object in the foreground, say the bowl of fruit, and the non-object in the background, such as the table cloth. Paintings typically are hung on a wall not side by side but with some space between them.

The same with dance and theatre and all of the arts, there is the use of space. The musician makes the sound here, but not there. The painter paints over here but leaves it blank over there. The space within and around the work of art allows us to experience and appreciate the work. This space then becomes part of the work itself. Without the space, it would be difficult to comprehend and enjoy the piece.

And so it goes with the art of communication. There is the message we want to deliver or the question we want to ask, and then it helps to have some space so that the message or question can be received, experienced, digested and responded to. But sometimes we are not mindful of this when we communicate.

Watch your “but” and “because” 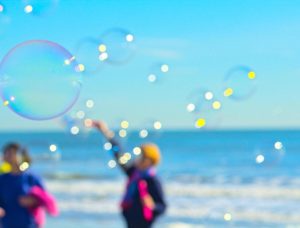 Two of the most common ways to un-do or spoil an otherwise clear piece of communication are to follow it up with a comma and then a dreaded and unnecessary “but” or “because.” The “but” loves to insert itself into the apology. “I’m sorry I yelled at you, but I can’t believe you always think . . . “ Oh, it would have been so much better to stop before that “but.” Give the gift of the apology and let the other person savor it in silence.

The “because” loves to hijack our communication especially when we’re trying to express our feelings. “I felt bad when you didn’t call me, because I was waiting by the phone and you never called and . . . “ We have such a hard time just naming our feelings without explaining, justifying and giving examples of why we feel what we do. Try to name the feeling and stop. Let the feeling statement resonate in the mind, body and soul of the listener.

The period and question mark are your friends

Try using the comma and run on sentence less and the period and question mark more. It’s harder than you might think. The period and question mark put an end to the statement or question which then allows you to pause and the listener to take in what you’ve said. “I feel disappointed that you didn’t call.” “In the future, can you call me if you’re running late?” Going on further risks diluting the main point.

One style is not better than the other. There’s a time and a place to be succinct and allow the space to bring the point home and there are times to just let things flow on. It can be delightful to listen to the ongoing stream of conversation or the rolling notes of a song with few pauses, such as Bach’s familiarJesu, Joy of Man’s Desiring. And sometimes the most vivid images are created and the most emotionally rich messages are conveyed because of the distinctive pausing within and between each line, as in Bing Crosby’s classic White Christmas.