Envisioning and believing in the possibility of change 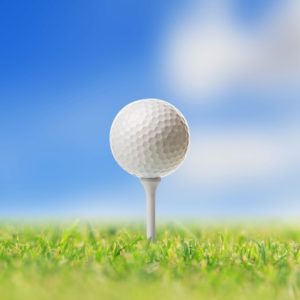 I once heard an interview of a professional golf coach who specialized in coaching golfers only on their putting game. He explained that when he putts, he visualizes the ball going into the hole to such an extent that in his experience, the ball is already in the hole and all he has to do is hit it. Apparently, he is very good at this and is highly regarded among professional golfers.

I have heard singers say that they hear the note in their head before they sing it. Baseball players begin their swing of the bat before the ball is released from the pitcher’s hand. Designers may stare into a room and envision how it will look with walls moved, colors altered and lighting reconfigured.

This article is not about being clairvoyant or predicting the future. It is about envisioning, in a serious and deep way, an event that has not yet occurred and the power that this very envisioning has to increase the likelihood of the event occurring. And it is about faith, or the leap of faith, the decision to put one’s faith in a certain place or direction, the decision to believe that something is possible.

Found under a bottle cap, this quote is attributed to Henry Ford. Although this may be a bit overstated, since simply thinking that you can run a marathon doesn’t automatically make it so, the point is that whether you think you can or think you can’t plays a significant role. It is certainly much more difficult to do anything if all along the way, you think, feel and believe that you can’t do it.

Too often we have an inaccurate belief that we can’t do something, and this belief—because it goes unexamined, unexplored, unchallenged and uncorrected—continues to adversely affect and limit our lives. Often, it’s not that we can’t do it, it’s that it’s hard to do it. “I can’t get to work fifteen minutes early.” “I can’t stop yelling.” “I can’t live without Facebook.” With some serious reflection, commitment and discipline, you may realize, “Oh yes you can.”

There are much more difficult “I can’ts” to conquer than those. “I can’t stop drinking.” “I can’t parent this child.” “I can’t cope with this depression or anxiety.” Now these are more serious challenges with no quick and easy fixes. Complicated and painful as they might be, even these challenges can be overcome. How do we know this? Because some people have done it. In fact, many people, regular people like us, have done it.

One step at a time

Start by identifying the goal. What is it you want? Where is it you want to be? What is that note you want to hit? Then envision yourself having reached that goal. See the golf ball dropping into the hole. See yourself living without alcohol, family discord, depression or anxiety. Contemplate the ways in which your life will be better as a result. Now envision the path between where you are and where you want to be. See the line on the green that connects where the golf ball is now and the hole it’s going to drop into. Envision the rehab, the therapy, the learning that will get you where you want to be. Then imagine that it is possible. Remember, people have done this. Entertain the possibility that, “Maybe I can do this.” Finally, apply courage and act.