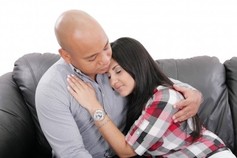 Why is marriage so hard? We find each other, fall in love and decide that making a lifelong commitment is a good idea. For a while we feel confident that we made the right decision. Then one day, or one year, or one decade we wake up and ask “Who is this person and what was I thinking?”

The relationship is not as easy and fun as it used to be. We used to communicate and understand each other so well. Now it’s like we speak different languages or don’t speak at all. We used to look forward to the next chance to see each other; now we don’t mind spending time apart. We used to feel safe and protected by our partner; now we feel vulnerable and untrusting.

We struggle with feeling frustrated, angry, misunderstood, unloved, unappreciated, taken for granted, criticized, violated, betrayed, guilty, inadequate and more. We’re often convinced that the struggles with these feelings only began after the start of the relationship. “I wouldn’t feel this way if I were not stuck with this person.”“My spouse makes me feel this way.” Well, not so fast.

Tell me if this hurts

Marriage appears to be uniquely designed to equip your spouse with the ability to find, and poke, your tender spots. And vice versa. Rest assured that we all have tender spots—fears, wounds, vulnerabilities and self-doubts—which were there before we ever laid eyes on our future spouse. Why don’t we see these blemishes in each other from the start? Well, because in the beginning we’re both on our best behavior and we’re also so enamored with each other that we don’t want to see any blemishes.

See me, touch me, heal me

While this may seem like a cruel irony, it’s really not as bad as it sounds. When the doctor finds a place that hurts, the good news is that we’ve identified a spot that needs some healing. When your spouse presses your button and it triggers sharp pain, it may be because that button is connected to an old, unresolved issue from childhood. Although it hurts, it also provides an opportunity to address and heal that issue.

What complicates matters further is when spouse A triggers spouse B and spouse B’s reaction happens to trigger spouse A. Now you have two people inadvertently shocking each other as they try to defend against being shocked by the other. This is a clash of unresolved issues which is the cause of most marital difficulties. When a marital problem rises to the surface in a prominent way, it’s probably because one spouse’s open wound is rubbing up against the other’s.

A spouse can hurt us the most because we let that person into our private and vulnerable world more than anyone else. And for this very reason, a spouse is often best situated to help those tender spots to heal and grow stronger. Facilitating healing in each other is one of the greatest challenges and gifts of marriage.