Notice the difference between feelings and behavior 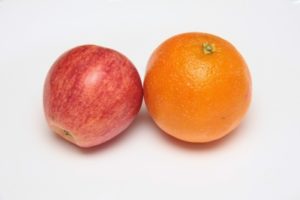 In order to improve one’s psychological health, it’s crucial to understand the difference between feelings and behavior. So very often, we confuse the two and speak of them and experience them as if they are the same. Common examples include statements such as: “I don’t get angry,” “I have no patience,” “I don’t trust her” and “I don’t love him anymore.” When I hear these words, I’m not sure if the speaker is talking about what he or she feels or what he or she is doing/not doing.

Dissecting the language of feelings and behavior

If we say “I don’t get angry,” does that mean we don’t feel anger, or that we don’t act out our anger in aggressive or hurtful ways? Too often, the distinction between the feeling and the action is not made. When we say “I don’t get angry,” I believe what we usually mean is that we don’t have angry outbursts and such. This could be true (or not), but the mistake is that we then conclude that we never feel anger. “If I’m not acting in an angry way, then I must not be feeling angry, right?” Well, not necessarily.

We do a similar thing when describing our patience. Does “I don’t have patience” mean that I don’t feel patient, or that I don’t act patiently? They are not exactly the same things. Waiting in traffic, I may not have the emotional experience of feeling patient. But I can choose to act patiently if I want to. I can decide to not tailgate, to not hit the horn and to wait my turn while merging.

Trust, also, can be both a feeling or an action, a decision, a choice. “I don’t trust her” probably means I don’t have a trusting feeling in my gut about her. Whether I choose to ‘entrust’ her with the car keys or the checkbook is a separate decision. I may not have the feeling of trust, but if I want to, I can choose to give her the benefit of the doubt—or not—anyway.

And what does “I don’t love him anymore” mean? It probably means that you’ve lost that loving feeling. But does it have to mean that you no longer act in loving ways? I don’t think so. You can choose to act lovingly, or not. And how you act may, or may not, match exactly what you feel.

What we do is up to us

The behavior does not tell us for sure what feeling is or isn’t behind it, and the feelings do not automatically dictate the behavior. It’s a mistake to think that if I feel or don’t feel a certain way, then I must act accordingly. Between the feelings and the behavior, there is the person. Before acting on the feeling, the person has free will, choice, conscience and impulse control to exercise before choosing a course of action.

The Serenity Prayer tells us to accept what we can’t change and change what we can. When we have a feeling, I don’t know if we can quickly change it or make it go away, and I don’t think we need to. Let’s accept what we feel and consider changing what we do. I understand that we often want to change the way we feel, and I believe that we can—over time. Sometimes, by choosing the behaviors wisely, we give the feelings an opportunity to come around a little later.