Faith in others, and yourself, is a choice and it matters 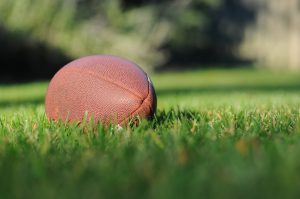 When a quarterback throws a pass, he doesn’t throw it to the receiver, exactly. He throws it to where he expects the receiver will be in a few seconds. And when the receiver runs away from the quarterback hoping to complete the pass about to be thrown, he does not run looking back at the quarterback but runs looking forward until about the time the football is scheduled to arrive and then looks up and on a good day, voila, the ball makes contact with his hands.

The quarterback and the receiver may not always get along or agree with each other. But they know they’re on the same team and are working together toward the same goal. They know that both are imperfect and as hard as they try, they will only be successful around two out of three times. But they have faith in each other all of the times.

In our intimate relationships, unfortunately, sometimes we lose this sense of teamwork and faith in each other. We may act as if we’re on opposing teams. Rather than trying to make the other look good so we can score points together, we may find ourselves putting the other person down and trying to score points not with, but against, our partner. We can become more invested in the personal victory than the joint outcome. “You don’t care. You’re not even trying. You’ll never get it right.” These are not the words of teammates who have faith in each other.

Let’s focus not so much on getting others to have faith in us, but us having faith in them. “But how can I have faith in this person who has shown so little sign of promise?” you might ask. My answer is this: try harder. Yes, some people may be more difficult than others. We may have to look more deeply, more generously, to see perhaps the small ways the other cares, is trying and is able to make progress.

This searching for the grains of hope and possibility in the other is not necessarily something that just happens. We can choose to do this. We can choose to search for valid reasons to have faith in another. We can focus on the flaws of people or we can highlight and nourish the glimmers of hope. And sometimes the person who most needs you to have faith in is yourself. Whether thinking of your partner or yourself, genuinely embracing the following message: “I believe you want this to work. I believe you are trying. I believe you are capable.” will make a difference. There are no magical strategies or guarantees of success, but if you choose to have faith in others and in yourself, the odds of good things happening are sure to improve.