The art of apologizing 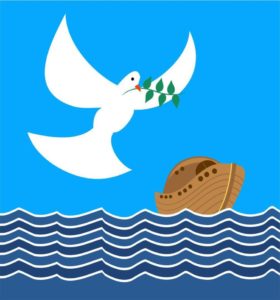 A well-delivered apology has the potential to heal wounds, restore trust and advance a relationship that might otherwise be stagnant or, worse, slipping away. Yet there may be some misconceptions about what it does and doesn’t mean to apologize, and we’re not always sure how to apologize well.

A well-crafted apology feels good not only to the person receiving the apology, but to the person making it as well. One way to view an apology is to see it as a gift. To say, “Here, I was thinking of you and want to give this to you” is likely to be a pleasant experience for both parties. Another view of the apology is that of a debt. Sometimes we say “I owe you an apology.” This is the experience of having something that you believe belongs to the other person, as in “I realized I forgot to pay you for my half of the bill last week.” Offering unexpected gifts or repaying debts is a powerful relationship healer and enhancer.

When we apologize, we are doing at least two key things. First, we’re taking responsibility for our part of the interaction. Second, we are showing that we care about the other person’s feelings. Whether we consciously intended to or not, we chose to do something we shouldn’t have done or we chose to not do something we should have done. And whether we intended it to or not, this choice caused the other person some pain or discomfort. The apology says, “I acknowledge that I did this, and I feel badly about it.”

Sometimes we shy away from apologizing because we think it means something else. Apologizing does not mean that everything is your fault, that you are a bad person or that you deserve to be punished. Apologizing does not mean that the other person is better than you are or that he or she may not have some responsibility in the matter as well. It just means that you are willing to own your particular part and to empathize with the other’s feelings.

Some do’s and don’ts

A good apology can be simple and succinct. “I want to apologize for yelling at you yesterday. I know I hurt you and I’m sorry.” Referring to the specific offense helps: “I yelled at you yesterday.” When you finish the apology, remember to put the period at the end and not a comma followed by a “but . . . “ Any attempt to explain, justify or defend yourself will only diminish the gift you just gave.

Apologies are best when they are sincere. Suggesting that a child think about apologizing to a sibling is not a bad idea as it teaches the examination of conscience. But insisting that the child apologize may only result in forced obedience and resentment. Similarly, simply stating that you would like an apology from another can be an honest and assertive act. But waiting for, expecting or demanding that someone apologize is not likely to produce the authentic apology you may deserve. It might be best to let others apologize if and when they are ready.
It is never too late to offer an apology. There is no statute of limitations. Apologizing for a hurt, even if years old, may be a welcomed surprise for the receiver and can create a tender moment of healing.

Apologizing well, simply and sincerely, is one hallmark of a mature, respectful and caring relationship.