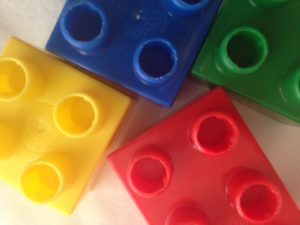 A useful way to think about what constitutes an assertive response is to consider these two fundamental building blocks: first, there needs to be a clear awareness of what you feel, and second, there needs to be a clear understanding of what you want. Conceptually, this could not sound easier. But, in fact, putting these two simple steps into practice can be quite difficult.

We often think we’re expressing exactly what we feel, but if we look closely at what we’re saying, there may be no feeling words mentioned at all. The simplest way to express a feeling is to use the three-word sentence: “I feel (blank)” where the blank is filled in with a feeling word. We might say, “I feel sad” or afraid, alone, guilty, disappointed, ashamed or rejected.

Sharing such raw, honest statements of feelings makes us more vulnerable, so we often avoid doing so. We have a curiously strong tendency to derail the simple three-word sentence by adding the words “like” or “that” after the word “feel.” That is, we tend to say “I feel like . . . “ or “I feel that . . . “ Then, after the words “like” or “that” we tend to add the word “you,” followed by a critical statement of the other person’s behavior, which we deem to be inappropriate.

So, we may think we’re doing an excellent job of expressing feeling sad, alone and disappointed, but our actual words may be, “I feel like you don’t care about me and all you think about is yourself.” This, of course, is not a feeling statement at all, but a statement of blame, criticism and accusation. In meaningful relationships, feeling statements are more likely to invite empathy; blaming statements usually invite defensiveness.

The second step is knowing what it is you want and asking for it directly and respectfully. Again, this may sound quite straightforward but can be challenging to implement. We might think that we’re doing a thorough job of asking for what we want when we say, “You need to learn to put the phone down, come home when you say you’re gonna be home and act as if you care for once!” Clearly, this is not a respectful request, but more of a shaming and judgmental attack of another person.

Asking for what we would like is also a vulnerable thing to do. Because we like to avoid vulnerability, sometimes we don’t directly ask for what we want but instead tell others what they’re doing wrong and hope they surmise what it is we want. It exposes more of our vulnerability if we ask, “Would you be able to come straight home tonight, for me, so that we can spend some time together?” Asking in this way is surely not a guarantee of getting the desired answer, but the odds are much better than if we launch the critical attack.

When asking for favors, it can help to make the request more personal by adding the powerful clause, “for me.” Although it increases our vulnerability even more, asking, “Would you do this, for me?” is more likely to invite compassion and generosity in the other. Sometimes we shy away from the personal touch and argue more objectively that the other person should do the thing because it is obviously the right, logical and appropriate thing to do. “You should just come straight home!” The more we explain, justify and defend our request, the more likely we are to invite an argument.

Communicating assertively does not guarantee that we’ll always get our way. But, by clearly naming what we feel and respectfully asking for what we would like, the odds are likely to go up significantly.