Make life changes, but without overcompensating 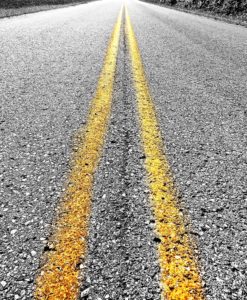 Ancient Chinese philosopher, Lao Tzu, is quoted as having said, “If you do not change direction, you may end up where you are heading.” In our efforts to make necessary changes, there is one mistake we often make—we tend to overcompensate. We sometimes go beyond making a correction in our course, and we overcorrect instead. The inexperienced driver who is jolted by the sound of the rumble strip on the right shoulder may panic and jerk the wheel too hard to the left and risk veering into oncoming traffic.

Occasionally a dramatic change in direction is exactly what is needed. If faulty navigation software is guiding us to drive off a cliff, or if a certain peer group is inviting us down the road toward alcoholism or opioid addiction, yes, a complete 180 degree change is warranted. But most often, change is likely to be effective and lasting if it is done by gradually adjusting a dial rather than flipping a switch.

Why do we overcompensate?

We also are more prone to overcompensate when we are faced with a problem that we don’t know how to solve. Exploring the subtle nuances of a solution can seem too difficult, so we resort to an all or nothing, black or white response.

A third component that contributes to our tendency to overcompensate is our impatience. When faced with an important problem for which we don’t have an immediate solution, we may draw the false conclusion that we can’t handle the discomfort of slowing down to take one step at a time. We want to act now.

Together, these three components may create the following experience: “I believe this problem is urgent. I don’t know what to do. I don’t believe I can tolerate taking the time to figure it out. I’m just going to do react in this big way.”

One classic example of overcompensating is the way in which we try to manage anger and frustration. It often starts with being passive for too long, getting fed up and then overcorrecting by being aggressive. Then we may feel guilt for having been aggressive, so retreat back to passive mode. The solution is to learn how to relate to others assertively. But communicating assertively is like learning a new language, building a skillset which requires investing time and effort, which we don’t always want to do. So we bounce back and forth from one extreme to the other, passive to aggressive.

Sometimes we overcompensate for the behavior of others. One parent thinks the other is too hard on the kids; the other thinks the first one is too soft. Rather than embracing the challenges of communicating civilly, respecting differences and blending parenting styles, one parent may ground the child for a month while the other slips her a twenty.

And there is the omnipresent overcompensating of weight management. We overeat through the holidays, then go into starvation and hyper-exercise mode to try to counteract. Or, in the opposite direction, some give up sweets for the forty days of Lent, then binge on chocolate on Easter Sunday. This deprivation-indulgence cycle is fueled by overcompensating on either end.

Keep this in mind

Think twice before regarding problems as urgent. Some things are urgent; most are not. Try to relax in the face of problems you don’t know how to solve. There is no shame in struggling to learn how to live life well. Practice tolerating the discomfort of not being quite where you want to be yet. Remember that small adjustments made consistently over time are usually more effective than grand moves made impulsively.