Process guilt without being tormented by it 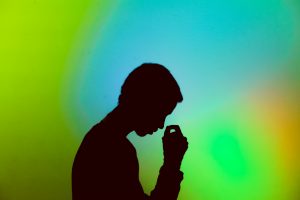 When I ask others what is their least favorite feeling to feel, guilt is one of the more common responses. For many, the feeling of guilt has a profound and negative impact on the quality of their lives. It is possible to better understand and manage guilt so that it takes less of a toll.

The difference between a feeling and a decision

Let’s distinguish between two meanings of the word, ‘guilt.’ The one is the nagging, sinking feeling we have as if we’ve done something bad or wrong. This is an emotional experience, a feeling we feel. The other meaning of the word, ‘guilt,’ is essentially a decision, as when a judge or a jury or any layperson decides that someone is guilty of a bad behavior. A person is ‘found to be guilty’ of a thing. The finding might be accurate or inaccurate, but the judgement has been declared, recorded and filed away nonetheless.

If you feel guilty, it must be that either you or somebody else has decided that you did something bad or wrong. Either someone else is, or at least appears to be, blaming you, or your own guilty conscience is speaking to you.

Separate the wheat from the chaff

The first step is to sort through whether you believe the blame fits or not. If you feel blamed by someone or yourself, carefully re-examine the evidence and you might decide to change your verdict. “On second thought, I don’t think this is all my fault.”

Imagine someone places a pile of dirty laundry at your feet. Don’t automatically take responsibility for the whole pile. Pick up one piece at a time and sort it into two piles: mine and not-mine. You might decide that all of it is yours, none of it, or some of it.

Toss the chaff; process the wheat

Try to let go of the blame that you’ve decided is not yours. Trying to process guilt that doesn’t belong to us is part of what causes such anguish. Processing our own appropriate guilt is indeed unpleasant, as it’s hard to look at our mistakes and transgressions, but we can do it and it can contribute to healing.

We can start by owning it: “This is mine.” My mistake, my fault, my bad decision. It does not have to be a big deal to say these words and to mean them. Then we can apologize: “I’m really sorry for what I’ve done.” Then we can try to make amends, make it right, pay the price. Then we can reflect on the situation and learn a lesson from it so we might not make the same mistake again.

Go through the feeling

“Okay, so I’ve done all that but I still feel guilty!” you say. Yes, you do. And that’s okay. The goal is not to never feel guilty or have remorse. The goal is to not feel guilt that does not belong to you. When we mess up, it’s natural and healthy to feel bad about it for a period of time. It might even be evolutionarily adaptive, to keep us from destroying each other. If you’ve determined that the judgement of guilt is accurate, then try to let yourself calmly feel the appropriate feelings of guilt that go along with that. Allow the feelings to run their natural course as you work on the process of forgiveness. Like all unpleasant feelings, it’s not feeling them that causes the torment, it’s trying not to feel them.

Photo by Gift Habeshaw on Unsplash