How to work on self-awareness to improve relationships 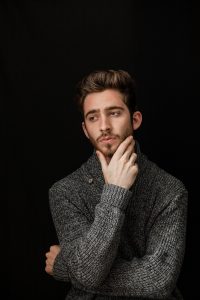 Relationships can be hard. Sometimes the more meaningful the relationship is, the more difficult it can be. If we choose to invest in improving a relationship, we should understand that it’s an ongoing commitment to learning about the other, ourself and the interaction between the two.

One key personality characteristic that will help immensely as we struggle in relationships is self-awareness, or psychological insight into one’s self. Self-awareness involves knowing how we tend to function psychologically and interpersonally. We might think of this as knowing our psychological strengths and weaknesses.

It’s good to know what psychological assets we bring into a relationship. Maybe you know that you’re generally upbeat and optimistic, have a good sense of humor, are generous and forgive easily. We also need to know what psychological and interpersonal challenges we bring to the table, and this can be the tricky part. When relationship difficulties emerge, it is crucial that we are able to identify the personality traits and tendencies we have that are contributing to the relationship struggle. Maybe there is a tendency to be kind of critical and controlling, or to react sharply when angry, or to shut down and avoid conflict too much, or to not listen well and interrupt often.

We all have some such undesirable tendencies. It’s not helpful to judge, blame or shame ourselves for having them. But it is important to do three things: 1. to know what they are and to refer to them by name; 2. to understand the impact they have on others; 3. to commit to working on self-improvement in these areas. In short, the three steps are to 1. identify, 2. empathize and 3. commit.

To implement this three step formula, consider using the following script: “I know I have a tendency to . . . “ “I understand that this makes life hard for you sometimes.”  “I want you to know that I am really working on this.” Your job is to fill in the blank in the first sentence (i.e., identify), and to be sincere about the second and third sentences (i.e., empathize and commit).

Maybe you already know what your challenging tendencies are, or maybe you need to dig deeper to get there. Think about feedback you’ve gotten from people close to you over the years, even if it wasn’t expressed well at the time. Watch and listen to yourself as you interact with others. Is it possible you have a tendency to avoid feelings, procrastinate, be perfectionistic, raise your voice, be sarcastic, take others for granted, be too trusting, be suspicious, sulk or hold a grudge?

By practicing these three steps, you will be exercising certain psychological muscles which will build character and improve your relationships. By working on your self-awareness, you will be exercising honesty with self and others, humility, courage and building confidence. By seeing the impact of your style on others, you will be practicing empathy, generosity and compassion. And by committing to change, you will be demonstrating a good work ethic, industriousness and investment in the future of the relationship. Offering the three sentence package to your relationship partner is giving a gift which will be greatly appreciated. In so doing, you become a more mature and attractive contributor to the relationships that matter most to you.

Photo by Albert Dera on Unsplash