Hold on to your self amidst the storm of blame 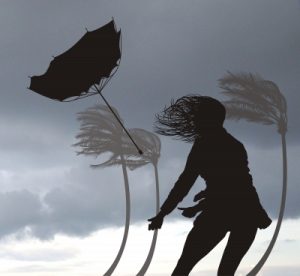 In his poem entitled, “If,” Rudyard Kipling starts with advice regarding the familiar struggle to hold on to ourselves in the face of blame and doubt:

If you can keep your head when all about you

Are losing theirs and blaming it on you;

If you can trust yourself when all men doubt you,

But make allowance for their doubting too

Armor of steel vs core of sponge

How should we respond when others blame us, criticize us, don’t believe us and fail to validate our experience? Sometimes we’re too rigid and defensive in our response. We put up armor of impenetrable steel. We don’t consider whether there might be some grains of truth in the harsh words coming at us. We quickly stiffen up, stop listening and fight back. In so doing, we might miss the opportunity to learn something valuable about ourselves, no matter how poorly delivered the message might have been.

On the other hand, sometimes we take in the other’s perspectives, opinions, judgments and accusations too readily, without first evaluating them for their veracity. Like a sponge, we can be too porous and non-discerning regarding the messages we allow to enter. We believe what we’re hearing, and doubt ourselves too quickly. Here, we’re not learning how to hold onto ourselves in the face of false feedback.

We often hear a complaint such as, “Once he starts blaming me, then I become the one at fault! Now I’m the bad guy!” There is a problem in this line of reasoning. The person feeling blamed is equating being blamed with being at fault, or bad. She is not realizing that the act of blaming is up to the other person; taking on the blame or fault is up to her. She believes that there is no choice but to feel like the bad one. She is giving the other too much power to define her experience in the moment and her identity as a person.

Some of us respond to blame and criticism in a predictable way. Some are like teflon and deflect all challenges to the self. Others are like velcro and take all such challenges in deeply. It’s best to resist quick, impulsive responses of either sort. Try to remember that being confronted in these ways, though uncomfortable, usually does not require an urgent response. Rather than responding without thinking, according to the usual default, try to pause and consciously decide how much truth there might be in the other’s argument and how much responsibility it is reasonable for you to take.

In order to grow, it is important to be able to doubt ourselves at times. But not too much. When receiving harsh feedback from others, we can decide which pieces, or versions, of that feedback we will take under consideration, and which we will not.

For example, we might be accused of being a selfish or uncaring person. Even amidst the swirling chaos of a stormy interaction, we can pause and think to ourselves, “I know I’m not essentially a selfish or uncaring person, so I do not need to doubt, defend or debate that. I’m going to hold on to that knowledge of myself right now. But it is possible that I tend to forget to be sensitive to the needs of others sometimes or that I could benefit from adding some warmth and tenderness in my interactions so others feel that I care.”

Strengthen and engage the core

Anyone who’s taken a Pilates class knows the importance of the core. We do exercises to strengthen the core, and we learn how to engage the core as we move about in order to stay centered, balanced, strong and safe. So it goes with our core psychological self. By identifying and strengthening a few solid truths about ourselves at the core, engaging and holding on to this core will allow us to more safely bend and flex the periphery.