Obedience is not a dirty word, but a choice 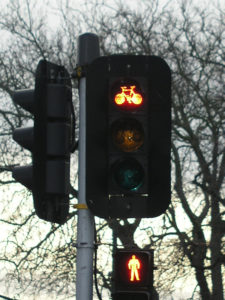 On a visceral level, what is your initial reaction to the word “obedient?” I suspect many of us have a negative, uncomfortable feeling associated with the word. Maybe it reminds us how much we don’t want to be controlled or told what to do. We want to be our own persons, call our own shots and function independently. Perhaps it’s the American way.

Yet we have obedience classes for dogs which we seem to regard as a good thing. We teach the dogs who the alpha figure is in the relationship and we believe that this is truly the best arrangement for both parties. If it cooperates and is obedient to the master, the dog will have all its needs met and enjoy a safe and loving relationship. This relationship will be smoother and less frustrating for the master as well.

You’re not the boss of me

We also like the idea of obedience when raising our children. “Don’t touch that.” “Say please.” “Brush your teeth.” These are commands parents issue on a daily basis and are happy when they are obeyed. Then one day the toddler makes perhaps the most important discovery of his or her life—the power of the dreaded word, “No!”

With its rapidly developing brain, the child figures out: “You don’t control me,” “You can’t make me,” and “I don’t have to.” We’re forced to concede, the toddler is right.This little human has figured out that obedience is a choice. Essentially, “I will obey you if I want to and if I choose to” thinks the child. “If there’s something in it for me, then I might choose to obey you.”

“Obey my commands at all times”

Does this sound like a quote from Moses or Jesus? Think again. At the start of any professional boxing match, the referee gives a short speech to the boxers in the center of the ring. He’ll typically say, “I want a good, clean fight. No hitting below the belt. When I say break, you break. Obey my commands at all times.”

Wow. Boxing? Obedient? Surprisingly, for the most part, the boxers are quite obedient to the referee’s commands. They don’t have to be; they choose to. They choose to because they understand that the match will go better if they do, there will be less risk of serious injury, and their boxing careers and purses will flourish.

Only if it makes sense

For sure, some people are too compliant and need to beef up their assertiveness skills and get better at saying “No.” But some things just seem to work better when one party makes a healthy and informed choice to be obedient to another. Air traffic controllers issue authoritative commands such as “Increase altitude” or “Turn left” and even the most senior pilots know to obey without question or debate. Members of an orchestra, no matter how accomplished, choose to follow and obey the baton of a single conductor.

Sometimes we reject the idea of being obedient impulsively, before considering whether it’s a good idea or not. Maybe our parents were too overbearing and controlling and we vowed at an early age to never be subservient again. Maybe we’ve been taken advantage of or abused by authority figures who were so psychologically troubled and unfit for the position that they left us with emotional and psychological wounds and the fear of ever trusting an authority figure again.

When obedience is forced, when there is no choice but to obey, we have one party dominating another, spirits being crushed and no good coming out of it. When obedience is chosen because it makes sense to trust another and follow healthy directives, both parties can thrive, no one gets hurt and great works can be accomplished.