Regrets: Learning to live with them well 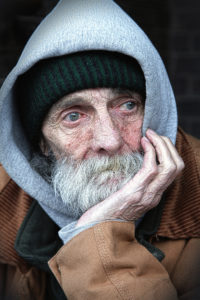 What’s a good way to handle regrets? There are things we’ve done that we wish we hadn’t, and actions we wish we had taken but did not. Feeling regretful is not a pleasant state, but it is part of life so it’s a good idea to have a strategy for how to live with regret.

Let’s start as we often do by identifying the two extremes on either end of the continuum and then establish what the center might look like.

On the one side, it’s possible to underplay the importance of regrets in our lives. Occasionally we hear people, maybe celebrities, say they have no regrets and wouldn’t change a single thing in how they lived their lives. Perhaps this is true and they’re satisfied with every decision they did and did not make, or maybe they’re unwilling or unable to tolerate the feeling of regret and therefore minimize or deny regrets they might have.

On the other end of the continuum, it’s possible to over-focus on our regrets. We can spend too much time thinking about them, reviewing them, ruminating about them, punishing ourselves and refusing to forgive ourselves or accept the forgiveness of others. This way of handling regrets can lead to significant mental health distress, including depression, anxiety, irritability and relationship difficulties. It can also be associated with problems with self-image, including a sense of shame, inadequacy and self-loathing.

Too hot to handle?

Interestingly, both extremes, denying regrets or over-emphasizing them, seem to result from the same maladaptive attitude towards the regrets—the attitude of intolerance. In both cases, the individual has trouble holding and accepting the regret as it is. Those on either side of the continuum seem to be saying the same thing: “I can’t tolerate having regrets in my life.” The difference is that those on the minimizing side try to resolve the problem by telling themselves the regrets do not exist, and those on the maximizing side do the opposite, they keep focusing on their regrets as if this internal punishment will somehow atone for them.

To have and to hold

Perhaps the solution, somewhere in the center, is to learn what it means simply to “have” a regret. Whether acts of commission or omission, can we look at our regrets plainly and see them as they are, without minimizing or maximizing their value? “On a scale of one to ten, this one is a three; this one is a nine.” This means we are not afraid to see, acknowledge and hold—not hold on to, just hold—our regrets as part of our personal history.

When life reminds us of our regrets, we can look at them and talk about them and
feel the natural feelings that go along with them—such as, guilt, remorse, sadness and, of course, the feeling of regret itself—but without the distress of fear and shame.